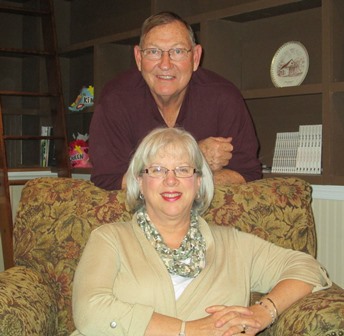 Pastor Jojuan Lawson White has served as our Pastor since January 1, 2015.  Her personal goals as a Pastor are to “every day walk closer to Jesus, believing Him and trusting Him as He leads the church; to keep the cross and its victory ever before me; to feed and shepherd the people God has so graciously allowed me to pastor; and to see as many people come to the saving knowledge of Jesus Christ as possible”. She served 5 years as Associate Pastor at Wallers before being chosen as Pastor.

Pastor White grew up in Culpeper, Virginia where she was a member of Culpeper Baptist Church.  She became a dispatcher with the Virginia State Police in 1985 and later became a Senior Secretary and Executive Secretary in the Bureau of Criminal Investigations.  She retired from this public service in 2015.

Pastor White obtained her Bachelor of Theology from Life Christian University in 2006 followed by her Masters in Theology in 2009.  She was ordained by Fellowship of Covenant Ministries International in Culpeper in 2006. She has been involved in many different ministries including:

Pastor White and her husband, Joe, were married in 1994 and reside in Culpeper.  They have five children, 7 grandchildren, and 9 great-grandchildren. In her spare time, she enjoys spending time with her family, doing needlework, and she loves to read, travel and write. See the first posting to her blog below.

Country folk help each other. I can remember as a child, if Momma needed a cup of sugar or a stick of butter, she'd send one of us children walking down our dirt road to the nearest neighbor with a measuring cup. I also remember Daddy helping to cut Carroll West's hay and feed his cows when Carroll was down with pneumonia. In the country, neighbors help neighbors.

And that is good, because God's Word instructs all of us - country folk and city folk - to be helpful, generous and kind to one another. We achieve greatness in God's eyes by serving His children gladly, humbly and often.

Everywhere we look, the needs are great. Whether here at home or halfway around the globe, so many people are enduring difficult situations and circumstances. They need help and as Christians, we are instructed to serve them.

Jesus came to this world, not to conquer, but to serve. We must do likewise by helping those who cannot help themselves. When we do, our lives will be blessed by the One who first served us.

"The meaning of life, after all, is not its duration but its donation." Corrie Ten Boom